My son has eczema. It is stressful and annoying, no matter how you try to relax there's a special sort of compulsion that arises when your kid's skin isn't flawless.
Step one: breathe. I think I mentioned this in an earlier post. It is important because you need to be objective.
Step two: try to isolate the problem. This can be tricky, because some times these skin problems will just come and go and before you know it you think your kid has a dairy allergy when it was just dry skin or maybe the detergent your mother used on his clothes at her house or whatever.
Ok, so, in my son's case, seems to be related to his clothes in some way. Did not fully realize this right away because we use a "free and clear" detergent and never had unusual problems with diaper rashes or anything. There was improvement when we changed soaps on the Dr's recommendation but we figured we were stuck.
What changed is when we started potty training. Once my son realized he could take his clothes off, that's what he did. All the time. He's still doing it. As soon as we get home, he tears his clothes off.
And guess what? His eczema disappeared. He stopped saying "it's itchy."
Now, one thing to understand about eczema. When it's there. It is there. Its not like an allergy where you rub something wherever on the skin and it flares up. It's always there, hiding, in whatever area its in. It can eventually go away, but a lot of the time its just there, waiting for something to irritate it.
So, the question is, is it the quality of the fabric, detergent residue, or what? One shirt I put on him, he took off 10 minutes later and he already had a flareup. Some take more time. I suspect it has to do with continuous contact with clothes with detergent residue. I say this because laying against my chest or sleeping on his sheets doesn't cause a problem. And, its easier to test.
When I accidentally put my cellphone in the wash a few weeks ago I noticed there was a substantial residue on it. So, first step, rinse away the residue. I'll be doing this with vinegar.
Step 2, change and reduce detergent.
I decides to use one of numerous online recipes. In this case:
1 bar grated ivory soap
1 cup borax
1 cup washing soda
Then I may or may not use a vinegar rinse. Since I'm going to try to use only a tablespoon of the mix, it may not be necessary but I haven't used home made detergent yet, so we will see how it goes!
If it works, perhaps my son will not be such a nudist all the time. I can only hope!
And there will be a lot of clothes rewashing to do...
BONUS: the Arm and Hammer Super Washing Soda is perfect for stripping flesh and fat from skulls. I didn't have any when I botched my deer skull so I ruined it and ended up resorting to cutting off the cap instead. So even if this new soap doesn't work out, all the ingredients have another use! You can of course also use the borax, soap, and washing soda for other cleaning uses... but Google what happens when you put ivory soap in the microwave for a minute or so! Some fun kid activities, there..! 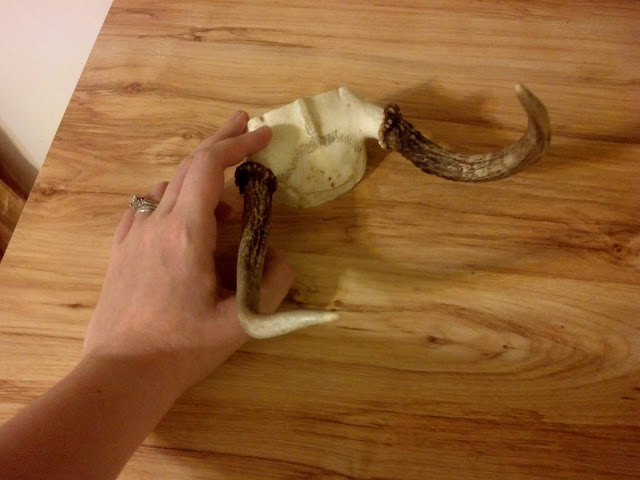 Update: nailed the cause down to an essential oil I used in a home made air freshener. It would be on the furniture and my son would come in contact with it then. It would get on his clothes and continue to irritate.

Is it hard to make a cake? And other questions based on fear.

So, I was making this mayonnaise chocolate cake from this other blog when I got to thinking about certain cultural misapprehensions about food.
For example, I always grew up hearing about how insanely difficult it is to make cake. If you believe the legends, cake is so notoriously fickle at coming out correctly that even the tiniest discrepancy in the Perfectly Crafted Flawless Recipiness that is cake will cause an unmitigated dry disgusting crumbling apart disaster. Actually, come to think about it, the nefarious darkness of failure was never actually described. It was more like some Lovecraftian horror... if the description was given to you it would be either insufficient to express the enormity of the horror you created in your arrogant ignorance or immediately turn you into a suicidal drug addict willing to do anything to escape the pain in your soul.
But listen here... while I won't deny there aren't difficult recipes out there, there's no reason to turn to box cake if you just want some cake. In Bitman's book, "How to Cook Nearly Everything", Bitman laments how divorced Americans have become from the kitchen that premade pancake mix was ever able to find a place on grocery store shelves.
But honestly, I think pancakes are more difficult than the cake recipe I linked above, in some ways. Or close to equal. Which is to say... easy!
Part of your fear of cooking these things may have more to do with fears given to you culturally and timid failures than anything substantial. I mean, yes, it is easy to have a burned, dried out cake... pancake... chicken... whatever. The key is, you just have to practice. Get used to how your oven works.
If you're rolling your eyes at that, think about your microwave. How many times did you make microwave popcorn before learning to maximize the corn and minimize the burn and unpopped kernels? It's like that.
When I decided that I was determined to learn to use my new crockpot I started simple. I kept buying the same kind and roughly same size chicken. I tested the temperature at different times and finally found the right balance between cooked and dryness. I really only took 2 or 3 chickens before I mastered it and nothing was really wasted (even an overcooked chicken is great for soup stock, or shredded for quesadillas or something and with the cheap meat thermometer I never undercooked one). So, in a way I never "failed" I just got better.
When you start more complex recipes the risk of wasting a bunch of food by turning it into a completely inedible pile of slop increases. So don't jump in to completely grandiose recipes. Master the little things. For example, I used to make chocolate chip cookies by dumping all the ingredients at once into my mixer. They came out OK but not great and I couldn't figure out why. Well, guess what? There's a reason some recipes have you cream the butter and sugar first! It will totally affect the fluffiness and texture. So feel free to play around once you've got the basic recipe down. You'll find other techniques and explanations for what they do all over the Internet. And it's fun to see the changes!
And as you become more familiar with the basic techniques and what their role is, the more you can improvise and make your own recipes. 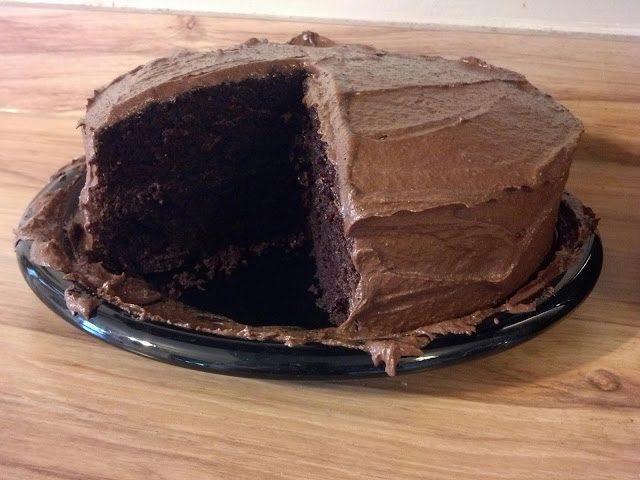 Now, as for making a cake look pretty... I'll get back to you on that.
Posted by Unknown at 3:14 PM No comments:

So, one thing I learned how to use after having a kid was my newer crockpot. Newer crockpots heat a bit higher than the old, so all those old recipes just won't work, and you can't dump things in the crockpot before work and come home to dinner 8 hours later because almost no recipe will survive that long.

But who am I kidding? Even in the old crockpots everything came out bland and disgusting for me.

But finally, desperate to find a way to cook certain meals without worrying about my toddler sticking his hand or a toy into an open flame... I learned.

First, I started with whole chicken, trying it at different times. In my 6 quart Rival crockpot the sweet spot seems to be 4hrs30min on high. This is true for roast chicken as well as chicken submerged in water (when making chicken soup). Low just changes how long it takes to reach the max temperature, so extend the cooking time by an hour or two.

When not making soup-like dishes, prop your meat high on aromatic vegetables.

And be very very very generous in your seasonings!

As for today, today is a goulash kind of day. 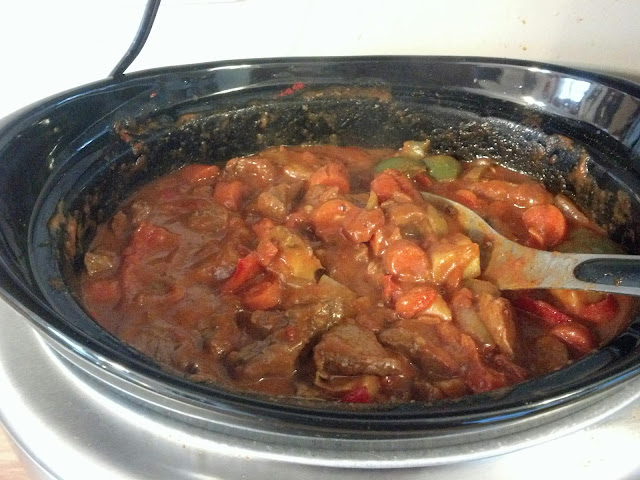 6 quart crockpot Hungarian Goulash
4 tbsp Caroway seeds
2 tbsp Cumin
4 tbsp Paprika
2 tbsp Cayenne pepper
4 tbsp garlic powder
4 cloves fresh garlic
Salt
Pepper
3-4lbs chuck stew beef
3 potatoes
2 red peppers
1 green pepper
3 onions
3 carrots
1 (28-ounce) can diced tomatoes
2 heaping teaspoons tomato paste
3 tbsp apple cider vinegar
1/2 cup butter, plus more for browning
1/2 cup flour
Chop all vegetables.
Put some butter in pan, brown beef and put in crockpot.
Add more butter to pan if necessary and cook onions until transluscent.
Add vegetables, garlic, and onions to crockpot. Add seasonings, vinegar, and tomato paste. Cover with diced tomatoes. The crockpot will nearly be overfilled.
Cook on high for 4.5 hours. Halfway through, stir well.
An hour before it is done, stir. Make a blonde roux with the 1/2 cup of butter and 1/2 cup flour (you make a roux by heating the fat on the stove and whisking in an equal amount of flour. .. do not burn. A lighter roux has more thickening power, a darker is for color and flavor). Add the roux to the crockpot, stir.
Taste. Add more seasonings if necessary.
When time is up, taste again, stir and serve or store in Mason jars.
Goes great with egg noodles, potato noodles, rye bread, etc...
Posted by Unknown at 12:57 PM No comments: